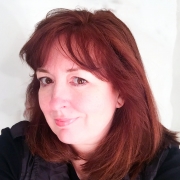 What “Comedians in Cars Getting Coffee” taught me about writing

Between the political climate and writing deadlines, sometimes you just need a break.

I’m not really into cars, and I drink coffee strictly for the caffeine, but I do like to laugh, so I am hooked on Jerry Seinfeld’s Netflix show, “Comedians in Cars Getting Coffee.”

Ironically, I pressed “Play” for the hilarity, but I found out that Seinfeld and his buddies really talk about the writing process and how they mine their lives for material. I find it fascinating.

Does your writing need a jolt? Check these out tips from some of your fave comedians.

It’s fascinating to see big-time comedians like Eddie Murphy or Steve Martin admit that they are too chicken to jump back onto the comedy stage. They think they lost their edges, and it feels too intimidating. This episode was obviously before Eddie Murphy returned to SNL and killed. (See, I’m picking up the lingo.)

Writing daily in a journal or working on small writing projects helps keep you in the flow, so you don’t have to start from scratch when it’s time to produce material.

In one moment, Seinfeld makes Larry David, co-creator of “Seinfeld,” laugh so hard David does a spit-take at the diner. Seinfeld asks: “How did we get any work done?” Their camaraderie has endured, obviously. Ironically, David always hoped the show would get canceled so he didn’t have to write any more episodes.

I had the impression Seinfeld was basically retired, as he quips he doesn’t need money, but then he reveals he works three out of four weekends…and then all of a sudden there are images of him starring in Las Vegas. Hmmm…sounds like work to me.

If writing starts to feel like work, switch to play mode. Write about something fun, take a break, play with your dog, whatever helps shift you from drudgery to enjoyment.

Every writer has an inner critic. Imagine what it’d be like to have this critic in actual human form, as an audience member, heckler, or even professional paid critic, scowling as you share your writing. Comedians know this is just part of the deal. Some of the funniest stories are about the times they bombed, or how they handled a heckler. Chris Rock shares a story about bombing so badly that HE had to pay the comedy club manager $50 and beg his dad for a ride home.

If you’re questioning yourself during the creative process, acknowledge it. The more you write, the more you’ll develop resilience, just like the comedians.

You’d think “Comedians in Cars Getting Coffee” would focus a lot on show biz talk like agents, tours, and how to land a Netflix deal. Actually, there’s a lot of talk about ideas between the comedians.

Ideas are everything, and not just in show business. This dawned on me when I worked at the Chicago Tribune. The job description said writer/editor, but I felt like I was an idea factory. Everyone was always asking for an idea, in one form or the other.

Seinfeld’s strategy for brainstorming? You just wait. The idea will come. Dave Chappelle lets the idea–no matter how crazy–be the “driver.” He’s basically there for the ride. He puts his ego in the backseat and lets the idea–say, a blind, black white supremacist–take over.

Writers should run with their big ideas.

Some guests are NERVOUS. Seth Rogen is visibly sweating during his interview. “Are you nervous?” Seinfeld asks, sipping his coffee.

“Jerry, don’t do this to me,” Rogen says, begging him not to point it out.

If your writing is boring you, take a chance and go a little deeper. Choose a topic that means something to you. Break a sweat.

Are you a little reluctant to submit your blog, white paper, or novel to someone? You have good company. It amazes me that a few of the legendary comedians subtly ask Seinfeld if their episode is going all right. The episodes are about 18 minutes long. At a few points, the guests—this includes David Letterman—ask if the filming is continuing because they’re not providing enough funny material. News flash: Seinfeld was enjoying their company so that’s why they continued filming.

Feeling a little doubtful your writing is hitting the mark? You’ve got good company. Keep on truckin’, so to speak.

7. Use a surprise ending.

Seinfeld interviews a variety of comedians, from his hero, Jerry Lewis, to current star Sebastian Maniscalco. It’s inspiring to see how their stories intertwine, how they started their careers and the twists and turns of fate. You never know where an idea will take you, that’s the fun part of writing…and life. You can see the shock passing over Maniscalco’s face when Seinfeld asks him what he’s doing later after they film.

“Want to come over for dinner?” Seinfeld asks.

Maniscalco’s about to say, “That would be fan…tastic,” but he regains his composure to finish the sentence. His reply: “That would be… fascinating.”

MISTAKE MONDAY for May 25: Can YOU spot what’s wrong?
Scroll to top