Sometimes it pays to hire an expert, even when you could do things more cheaply yourself. An expert can get you to 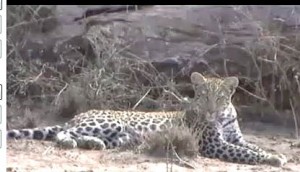 your destination more quickly–and with less hassle–than if you travel by yourself.

My family could have reserved hotels and done a drive-yourself excursion on our recent safari through northern Tanzania, but I hate to think of all the yelling and screaming that would have resulted as we fought over “Which way shall we go?” and “Is that a lion over there?” Instead, we landed a great guide. He navigated unpaved roads with panache while spotting wildlife that was barely a speck on the horizon when I first looked in the direction he pointed. He also shared his in-depth knowledge about the animals. I got very lucky and spotted one leopard before the guide, but even that freak sighting wouldn’t have happened without him because he knew where the leopards hung out in Ndutu.

Think about your strengths and weaknesses before you decide whether to do a project yourself or hire a consultant. The boost in your productivity and pleasure could make the consulting fee worthwhile.

Highlights of my Tanzanian safari

This next section is an un-businesslike recap of the highlights of my safari. Stop reading now, if you’re looking for business insights. 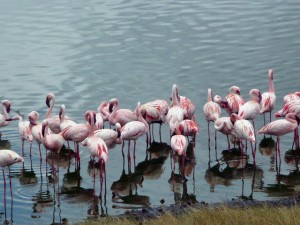 An enormous flock of lesser flamingos was the highlight of this park. It sounded like rain when they took off. Animals that I saw in Arusha, but not elsewhere included colobus monkeys and blue monkeys.

In the city of Arusha, there’s a clock tower that represents the center of Africa, if you measure from north to south. There was an election-related demonstration around this tower while I was on vacation, although I wasn’t around then. Apparently the ruling party offered big bucks for a concession by the local winner from the opposition. People gathered around the tower saying “No, you can’t steal our vote.”

On the road to the next park, I saw many Masai people carrying water jugs because of a water shortage. If they weren’t carrying plastic jugs, they were carrying sticks and driving cattle. 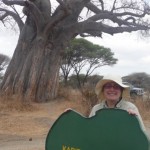 This is where I first saw wildebeest and zebra walking and running single file. Apparently they think this is the safest way to proceed, so that only one member of the group is exposed to danger.

The cheetah is a beautiful animal. It has a black teardrop will help you tell it apart from leopards.

I saw my first baobab–also known as an upside-down tree–outside the entrance to Tarangire National Park, not far from where my husband bought me a Masai beaded necklace. 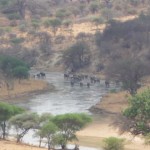 ire Safari Lodge, there’s a great view of a river where many animals, especially elephants, gather.

Lake Manyara is where I saw my first hippos and water buffalo. If you look quickly, you’d think the hippos were big rocks sticking out of the water. The park supposedly has lions that sleep in trees, but I didn’t see any.

From Lake Manyara, I went to Ksima Ngeda Tented Camp, which is located at the end of a rocky, dusty road. One of 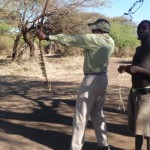 the owners joked that it was too bad that the president had visited the region by helicopter because the road would have been improved if he’d come by car. I experienced a trip highlight at the camp. I asked if they could stick a candle on a plate for my uncle’s birthday. Boy, was I surprised when the entire staff brought out a specially baked cake and then danced around our table singing “Happy Birthday” in English and Swahili.

Not far from the camp we visited a tribe of hunter-gatherers. It’s a tough life. The women dig tubers with pointed sticks and gather berries that taste like radishes. The men are lucky if they bring down some small game. They hunt with bows and arrows, as you see in the photo where our guide is trying his luck.

The crater is massive. This is where I saw six hyenas unsuccessfully try to steal a kill from two lions. This was also the closest we got to spotting a rhino. Our guide pointed to a pin prick that might have been a rhino, but we weren’t able to track it down. Later on, I heard another guide say that he prefers Americans to Europeans because Europeans will ask for a refund if they don’t see a rhino.

En route to Serengeti, a few boys with white patterns painted on their faces ran up to our Land Rover and hung on yelling “pikcha, pikcha,” asking for money for a photo. Apparently they were coming from a circumcision ceremony. 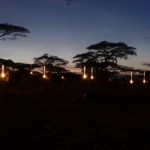 At Ndutu Lodge that evening, I enjoyed sitting by a campfire while some of the staffers fed 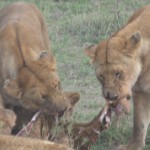 an acacia mouse. The stars are very clear when viewed from the African bush.

The next morning, we saw lots of impala. Our guide said, “If you see impala, that means there must be some cats.” Within 10 minutes I spotted my young leopard lying in front of a log.

We saw lots of lions in Serengeti. Most interesting was watching a pride of about 14 lions in various stages of feeding on a buffalo. 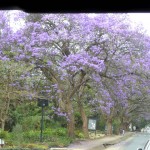 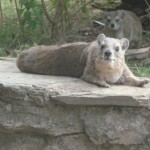 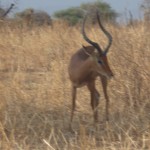 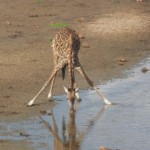 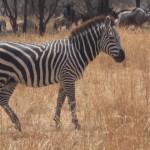 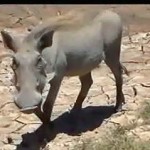 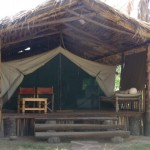 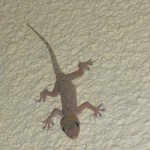 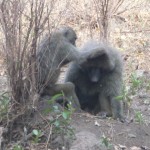 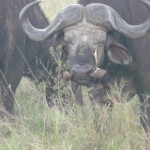 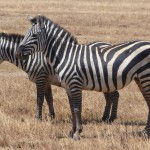 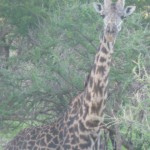 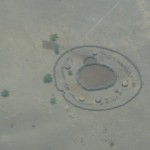 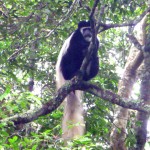 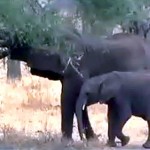 Click here to view the newsletter archive
Guest post: “Be Compliant When Using LinkedIn Messages”Poll: Which high-impact prospecting technique works best for you?
Scroll to top