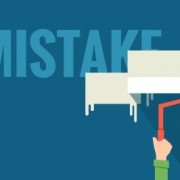 Savvy editors can boost the effectiveness of financial content by streamlining it. Hone your financial editing skill by reviewing the before-and-after examples I share below. Some of the “before” examples are taken directly from my reading. Others are inspired by my reading, but tweaked.

I’ve grouped the examples by the main lesson that they illustrate. If you’re hungry for more examples, see “Can YOU simplify investment commentary better than this?” You can learn more more tips and techniques for financial editing in my book, Financial Blogging: How to Write Powerful Posts That Attract Clients.

If you can improve on my edits, please let me know. Sometimes an editor with a fresh eye can make improvements.

1. Delete or replace forms of the verb “to be” 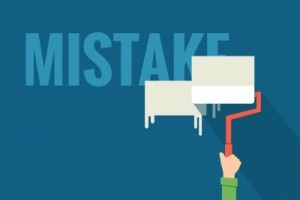 Before: The company’s 2015 loss is a reflection of the shifting preferences of consumers for ordering online instead of going into a store to buy.
After: The company’s 2015 loss reflected consumers’ shift toward buying online instead of in stores.
Note: “Is a reflection of” becomes “reflected,” as you replace a “to be” verb plus noun with the verb form of the noun.

Before: Stocks as expensive as these are often experience price declines.
After: Stocks this expensive often fall in price.

Before: This kind of growth could be sustainable going forward.
After: This growth could continue.
Note: I imagine that in either version, the next sentence might discuss what will drive the continued growth. I believe the writer is trying to say something with the adjective “sustainable.”

2. Delete “the fact that,” “it should be noted that,” and similar phrases

Before: It should be noted that boom and bust cycles for oil tend to be long lasting and we have been talking about the end of this cycle for some time now.
After: Oil’s boom-bust cycles tend to last a long time, but this boom is already long.
Note: The rewrite also benefits from using the possessive. Using “but” instead of “and” makes the relationship between the two clauses easier to grasp.

3. Say what you think, not what you don’t think

Before: We do not think it is a coincidence.
After: We think it resulted from a plan.
Note: Say what you think. Don’t make people struggle to figure it out by analyzing what you don’t think.

4. Use the possessive to shorten

Before: Mergers & Acquisitions (M&A) was a major theme in 2015, as transactional activity accelerated during the year led by many
prominent investment firms.
After: An increase in mergers and acquisitions (M&A), led by major investment firms, made M&A a major theme in 2015.
Note: This sentence was hard to simplify out of context. I might have chosen differently if I saw the entire paragraph. However, sometimes you can streamline by simplifying adjectival phrases. “Transactional activity” becomes “transactions.” Limit the number and length of adjectives. “Many prominent investment firms” becomes “major investment firms.” Avoid random capitalization, as in “Mergers and Acquisitions.” Letters that are capitalized in acronyms, such as M&A, shouldn’t be capitalized when the words are spelled out in full.

Editing other people’s drafts is a great way to improve your skill as a financial editor and writer. You can also take classes to get more practice. If you have other tips for improving your financial editing skill, I’d like to hear them.

Do I need to use the (r) mark with my CFP designation?
Scroll to top