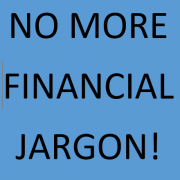 “How can I talk my boss out of using financial jargon?” I hear variations on this question from my clients and blog readers. I’ve already written “Seven Ways to Talk Your Financial Execs Out of Jargon and Bad Writing” (registration required) for MarketingProfs. But recently I thought of a new idea to help you rein in the worst offenses by your firm’s lovers of complex language.

Here’s my idea. Ask “What would The Wall Street Journal do?” We can call this technique WWTWSJD for short, in a nod to other “What would ____ do?” strategies.

I suggest that you use WWTWSJD because most financial professionals read The Wall Street Journal. More importantly, they respect the newspaper. They don’t feel that it treats them as stupid. Thus, if you show them that the Journal wouldn’t use a piece of financial jargon, they might listen to you.

Search results for “smart beta” in The Wall Street Journal

Identify the piece of jargon that you’d like to eliminate from your firm’s publications. Then search to see if The Wall Street Journal uses it.

Take a technical term like “convexity,” which is used in the world of fixed income. When I searched it on the newspaper’s website, I discovered that “No articles or videos have been found.”

How about “smart beta”? I found only three results. That result also suggests that the term isn’t widely understood.

Let’s look more closely at the newspaper’s use of “smart beta.”

It uses the term, but quickly defines it. For example, here’s how Ari Weinberg treats the term in the first two results (emphasis added):

The third article using “smart beta” was written by one of the outside contributors to the newspaper’s “Ask the Experts” section. It seems to be considered as a blog post, based on a disclaimer on the comments page. I imagine that those pieces aren’t edited as rigorously for jargon as the pieces written by staffers. The editors let the outside contributors write in their own style.

Step 2a. Cross-test jargon with The New York Times

While I like the idea of using The Wall Street Journal to talk senior execs out of financial jargon, I’m a bit concerned about the shallowness of the archive that’s easily accessible online. The newspaper’s online search doesn’t appear to go back more than about three months. Thus, I’m checking The New York Times, another reasonably literate newspaper, because I can go back further in my search.

Here are my results for a twelve-month period: 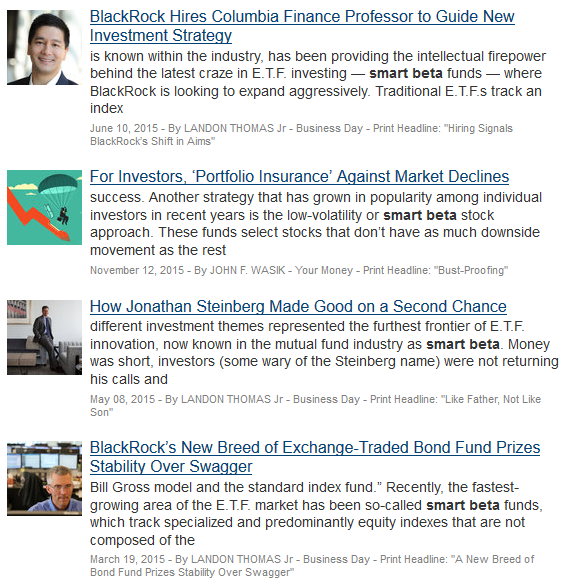 If you must use financial jargon, then define it.

Need ideas about how to explain technical terms? The Wall Street Journal is a good source for explanations at a fairly sophisticated level. WWTSWJD?

For more examples of how to incorporate definitions into your writing, see “Plain language: Let’s get parenthetical.”

I’m a big believer in writing using plain language. Ideally, I’d like to write more plainly than The Wall Street Journal when addressing an audience outside the financial world. Even when you’re writing for institutional investors, you may encounter readers with less knowledge than you of financial vocabulary.

However, sometimes multisyllabic vocabulary and financial jargon are more precise or make for easier communication. This is true only when you’re communicating with other highly knowledgeable professionals. For example, saying something increased by 200 basis points is more precise than saying it rose two percent. And if your readers care about measures like Sharpe ratios, there’s no substitute for using those terms.

Confessions of a grammar ignoramus
Scroll to top