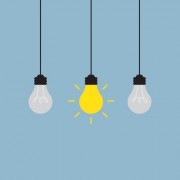 Procrastination can be good. That is the startling point of “Why I Taught Myself to Procrastinate,” an opinion piece in The New York Times. Its author, Adam Grant, a professor of management and psychology at the Wharton School, argues that procrastination “is a virtue for creativity.” His article made me wonder about writing. Should you always force yourself to write, or is it sometimes better to procrastinate, to wait for inspiration?

Let me confess. I take writing deadlines seriously. I finish my projects early whenever possible. I’m not a fan of waiting for inspiration, which is my personal definition of procrastinating about writing. However, in this article I consider both sides of the story. 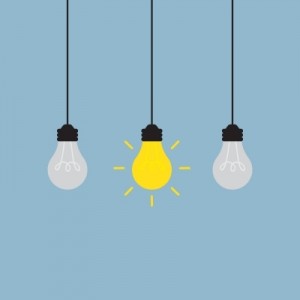 Grant’s interest in procrastination was inspired by one of his graduate students. “She told me that her most original ideas came to her after she procrastinated,” says Grant. He and his student tested whether her experience applied more broadly. Their experiments suggested that “procrastination encouraged divergent thinking.” Why? Because it gives us a chance to move beyond “our first ideas, which are usually our most conventional.”

Of particular interest to writers, Grant reports on his experiment in procrastinating about writing his opinion piece about procrastination. Here’s what he found:

What I discovered was that in every creative project, there are moments that require thinking more laterally and, yes, more slowly. My natural need to finish early was a way of shutting down complicating thoughts that sent me whirling in new directions. I was avoiding the pain of divergent thinking — but I was also missing out on its rewards.

Why you shouldn’t wait for inspiration, but can delay final draft

When my schedule permits, I like the idea of starting early but delaying the final draft. This is especially true for my creative work, such as blog posts. It is in line with what Grant suggests. I found evidence supporting this in Wired to Create: Unraveling the Mysteries of the Creative Mind by Scott Berry Kaufman and Carolyn Gregoire. The authors describe Picasso’s creative process:

Exploration and seemingly blind experimentation were key to Picasso’s creative process. Rather than creating a painting to reflect his own pre-existing worldview, he seemed to actively build and reshape that worldview through the creative process. While he may have had a rough intuition, it’s likely Picasso did not know where he was going, creatively, until he arrived there.

I also like the idea of “creative incubation,” discussed in Wired to Create.

Many of us know from experience that our best ideas come seemingly out of the blue when our minds are off wandering elsewhere. Idle though it may seem, the act of mind wandering is often anything but mindless. Research suggests that an incubation period of mind wandering leads to improvement in creative thinking. The next time you’re working on a creative project or work assignment that requires intense focus and creative chops, try taking a five-minute daydreaming break every hour or so, and see how it affects your ideas and thinking. During this break, engage in a simple activity that will allow your mind to wander, like walking, doodling, or cleaning. Consider this your creative incubation period and see if you feel a renewed sense of creative energy when you get back to work.

Why force yourself to write?

One reason to force yourself to write is that waiting until your deadline nears is stressful. I regularly see my writer friends on Facebook lamenting their last-minute pressures as they hustle to finish articles that they put off until the last minute. Sometimes they lose face with their editors when they ask for extensions.

Another reason to force yourself to write is that “Research has shown that waiting for inspiration doesn’t work,” according to Paul J. Silvia in How to Write a Lot: A Practical Guide to Productive Academic Writing. He reports on a research study that tested the effectiveness of three different writing strategies:

Can you be creative without delay?

There’s a difference between procrastinating and taking time to prepare before you write. I believe in starting your writing early enough that you can spend time brainstorming, using techniques such as mind mapping or freewriting. When you start your draft early enough, you can let your ideas marinate.

Don’t wait for inspiration. Instead, start thinking early about your article. Follow a process to develop your ideas, write your draft, and edit. Most people will find they like the results and experience less stress.

Of course, we all have different personalities. I’m sure there are people who enjoy last-minute crunches that they’ve created for themselves. Just as there are things that I do that no one else would want to impose on themselves. Find the solution that works best for you.

Rev up with my Daily Writing Challenge!
Scroll to top