Animation and financial blogging don’t go together. Or so I assumed until I saw investment performance expert David Spaulding’s “An animated debate on geometric vs. arithmetic attribution.” In this guest post, Dave discusses his experience using GoAnimate.com to  produce his first animated video. The enthusiastic response by his readers shows this kind of innovation can pay off. 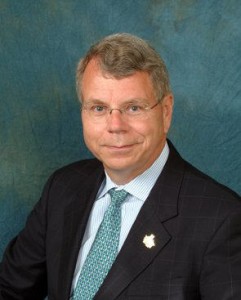 Since starting my Investment Performance Guy blog, I have attempted to use creativity, in my titles, content, and appearance (for example, I typically use clipart). In the February 11, 2011 edition of The Wall Street Journal Ellen Gamerman wrote an article titled “Animation Nation,” which discusses the proliferation of cartoons and the software that makes them fairly easy to create. She referenced a couple do-it-yourself animation sites, and the one that appealed to me was GoAnimate.com. It offers a free, though somewhat limited, ability to create cartoons, as well as the option to sign up for three or more months of paid service, which provides more options to the creator: I chose the latter.

The software is powerful and yet quite easy to use. The animator can select various backgrounds and within each make adjustments, such as moving, eliminating, or changing the color of the items in the set. A group of characters comes with the subscription and many more are available, which can be adjusted, too (facial structure, clothing, hair and eye color, etc. can be modified). In addition, you can select from a variety of voices to assign to them.

Once you decide on the background and the characters, you can begin. You create individual scenes, where each involves a brief statement which you type in, to be uttered by the character of your choice. These scenes are then strung together. You can, if you’d like, zoom in on particular characters as well as introduce entirely new scenes and characters. You can run the animation at any time to see how it looks. It is also easy to make corrections or changes to your creations.

When your animation is completed, you can download it into an MPEG4 format or directly to YouTube, which is what I did. I then brought the appropriate “embed” codes into my blog. The video’s size had to be adjusted slightly, which isn’t difficult.

The response to my first animation was phenomenal. Not only did it engender some nice comments from readers (e.g., “I say ‘Go Animate!’ Who wouldn’t rather watch a video than read?”) but a significant number of “likes” from a posting done by an industry group that linked to this post.

Animation is just a different way to communicate to your readers. You can use humor in your post in an animated manner that perhaps works better than in written form. This tool allows the blogger to introduce a debate, which would be difficult to pull off in written form (and you control what is said, thus getting your message across). You can simulate class instruction with the “presenter” fielding questions from the “students.” This form of communication is obviously unlimited.

Animation is different, clever, creative, colorful, energetic, appealing, fun, and easy to do. You can have your first post done in less than an hour.

What’s your favorite online resource for grammar, punctuation, and word...