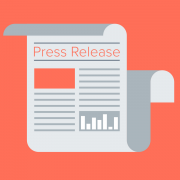 Learn what topics are relevant

How do you learn what’s relevant?

Of course, the fastest solution may be to phone the magazine to ask, but you can do less-personal research. First, look at a sample or two of the magazine to figure out if it covers topics relevant to your organization.

If flipping the magazine’s pages doesn’t answer that question, look for the magazine’s information aimed at advertisers, which may be called a media kit. These materials often list the topics covered by the magazine. Plus, they typically describe the magazine’s readership giving you an idea of whether those readers are an attractive target for you.

Your next hurdle is to figure out if the magazine might do something with your press release. Just because your topic is relevant to the magazine doesn’t mean the magazine can use it.

In my current role, I don’t have similar columns, except for a column that highlights media mentions for members only. Also, the magazine relies on articles written by financial services experts, so I’m not going to interview your experts for an article. I’m a bit cranky about the many press releases I receive because there’s virtually no press release or interview pitch that’s appropriate for me.

The organization that I work for has filters to screen out press releases. If your press release sneaks through, I set up a rule to direct your future emails into a PR folder, never to be seen again.

I’m a realist. I figure you’re probably going to continue sending press releases. However, realize your releases may get ignored, or even marked as spam. But, occasionally, you may get a good results that makes it all seem worthwhile.

Click here to view the newsletter archive
MISTAKE MONDAY for Aug. 27: Can YOU spot what’s wrong?

MISTAKE MONDAY for September 3: Can YOU spot what’s wrong?
Scroll to top