Should you write “data is” or “data are”? Whenever possible, I suggest writing to avoid the use of the term “data” by itself. Why? Because, as Garner’s Modern American Usage says, “Data is a SKUNKED term: whether you write data are or data is, you’re likely to make some readers raise their eyebrows.” I think Garner is right about that.

I just started a poll on LinkedIn asking if people see the word as plural or singular. There was no consensus, though respondents favored plural. 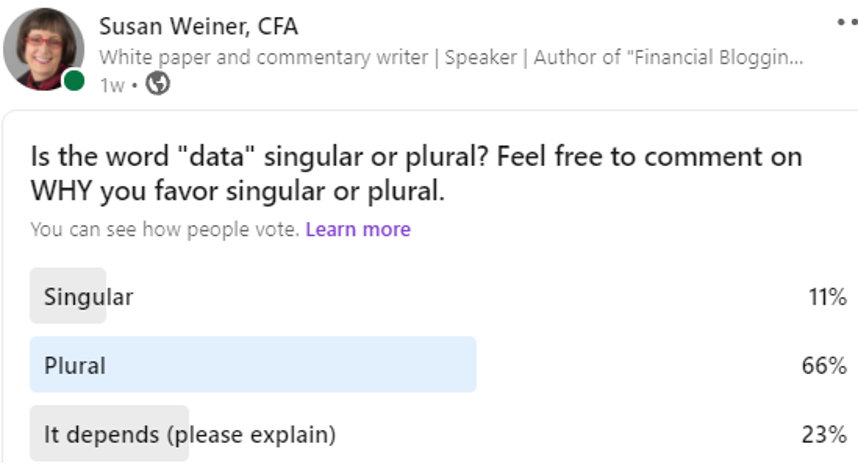 There’s no question that the word “data” comes from Latin, in which “data” is plural and “datum” would be the singular form.

Associated Press style agrees with Garner in one context, saying “In scientific and academic writing, plural verbs and pronouns are preferred.” 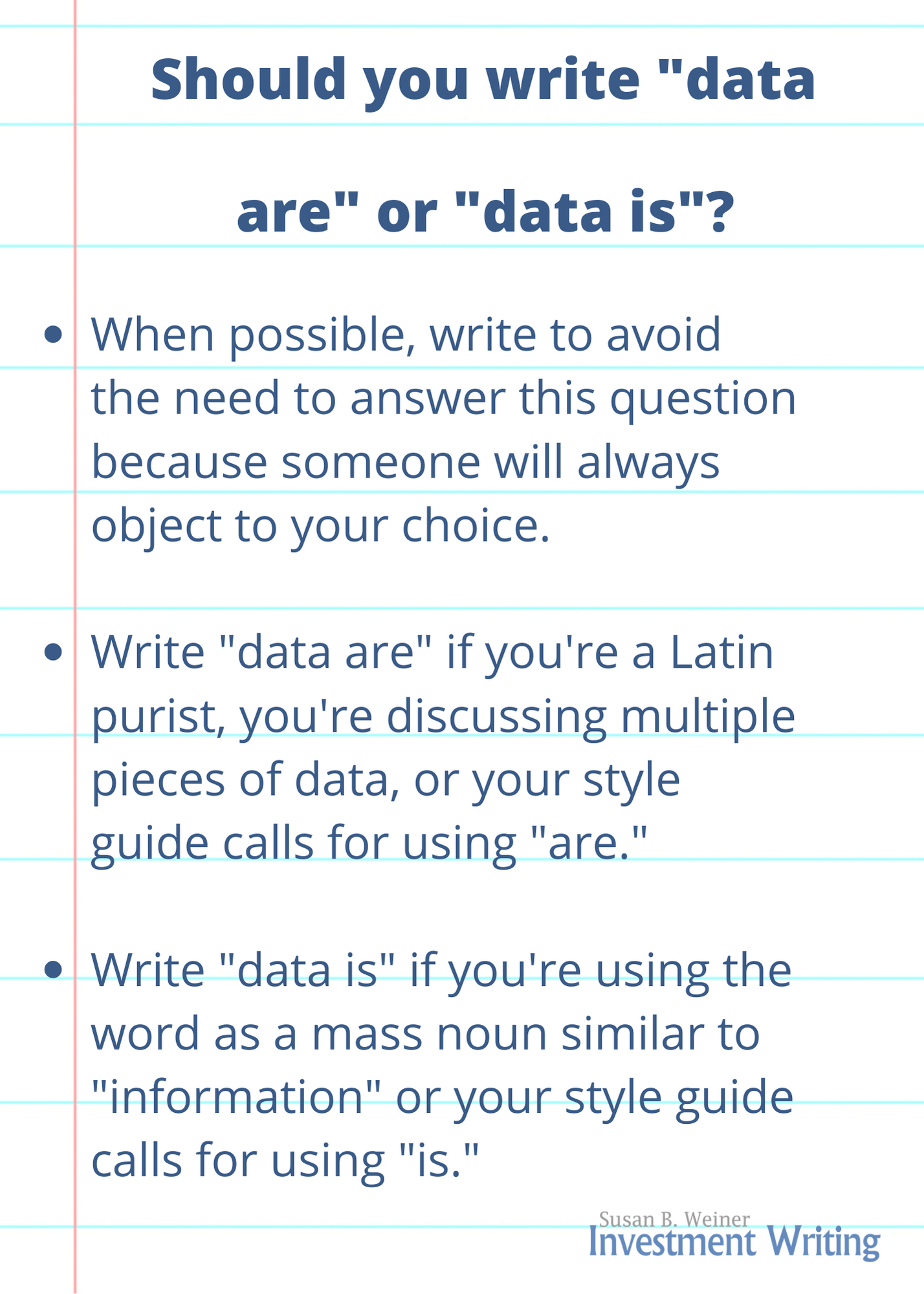 In favor of SINGULAR, Garner says: “One context in which the singular use of data might be allowed is in computing and allied disciplines…”

Some experts don’t use the same verb tense across all cases. I think Grammar Girl’s quote from Oxford Dictionaries in particularly useful in describing why one publication or editor might sometimes use singular verbs and sometimes use plural verbs. The Grammar Girl website says:

Dictionaries and news sites including the Wall Street Journal and The Guardian, and style guides including The Chicago Manual of Style have updated their recommendations to allow that “data” can be singular or plural.

Along similar lines, The Copyeditor’s Handbook says: “…copyeditors in corporate communications departments are often expected to treat data as a singular noun.” It contrasts this with academic presses and scholarly journals using plural.

What should YOU do?

One way to deal with this issue is to avoid it by writing in a way that doesn’t make you choose between plural and singular verbs. A math writer friend uses “the set of data” for this purpose.

If you can’t avoid the need to choose, then I suggest you pick one style and stick with it. If everyone in your company knows that the corporate style is “data is” or “data are,” you’ll make everyone’s lives easier.