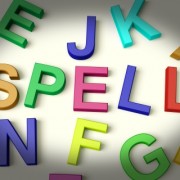 What’s the right way to spell the plural of Treasury, as in U.S. Treasury bond?

Should it be “Treasurys,” following the rule that the members of the Murphy family become Murphys? Or should it follow the normal rules of creating plurals for words that end in the letter y?

I panicked when I saw “Treasurys” in The Wall Street Journal. Eek! Have I been spelling the word wrong for 20-odd years?

However, I quickly discovered that opinions are split. When I Googled the terms, there were 2.2 million results for Treasuries vs. only 1.5 million for Treasurys.

The evidence for Treasuries
Here’s the rule that would typically apply. “…if a word ends in a -y that isn’t preceded by a vowel, the plural is formed by omitting the -y and substituting -ies…,” according to Garner’s Modern American Usage. Garner makes an exception for proper names ending in y. He agrees that Murphy becomes Murphys.

My friend, financial editor Harriett Magee, found that sources including the Barron’s Dictionary of Finance and Investment Terms agreed with Treasuries. Plus, her spell-checker flagged Treasurys as a mistake.

If you prefer Treasurys…
You’ve got some high-powered company if you stick with Treasurys. When The Wall Street Journal spells it that way, that legitimizes it in my eyes.

If you can’t bear not knowing what’s 100% correct, then use the workaround that Harriett Magee suggests. Refer to Treasury bonds, Treasury notes, and so on. It’s bit wordy, but correct.

Follow this advice, no matter what you decide
It’s important to use your words consistently in your corporate communications. Pick one spelling and stick with it.

Consider creating a corporate style guide that lists preferred spellings. It’s a lot easier to have an authoritative source for your company than to try to keep the rules in your head.

My thanks go to David Glen, senior vice president at Boston Private Bank, for raising this question.