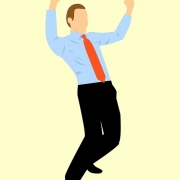 Joe Moran, the author of First You Write a Sentence. hates how people abuse nouns, sometimes abetted by the passive voice.

He says Nazi war criminal Adolf Eichmann defended himself at the Nuremberg War Trials “With an impenetrable shield of nouns.” For example, “He described his role as ‘emigration specialist.’ The Auschwitz death trains were ‘evacuation transport.’ ”

In nouny writing, anything can be claimed and nothing can be felt. No one says who did what to whom, or takes ownership or blame. Instead of saying that x is not working (verb and participle), they say there has been a loss of functionality (two nouns) in x. These words are not even trying to illuminate; they are immunizing themselves against the world. The aim, even if unknown to the writer, is to bore the reader into not looking closely at the words. Instead of inviting a response, as writing should, it shuts it down.

The solution to “nouny writing” is to “disinter the buried verbs and bring them back to life by reverbing them,” says Moran. He believes in “restoring the proper links between the nouns by adding verbs and prepositions, even if this means using more words.”

Moran sets the bar high, saying that writers should use strong verbs to connect the nouns. That means limiting use of forms of the verb “to be” and of the passive voice.

“The passive voice thwarts our healthy desire to ascribe acts to actors and give events a sense of verbal drive,” Moran says. Ooh, I like the verb “thwart”! One-syllable words tend to be stronger. (Of course, “be” is a big exception.) Still, he sees a use for the passive voice, which is sometimes “more truthful.”

Moran is a big fan of verbs, saying “put them next to other words and they are as life-giving to the sentence as light and air to the world.”

“Nouns and verbs are the two poles of the sentence. Nouns keep it still; verbs make it move,” says Moran. In the end, “Every sentence has to mix the right blend of nouns and verbs.”

MISTAKE MONDAY for May 25: Can YOU spot what’s wrong?

One idea to a sentence
Scroll to top