Quotes are a great way to add oomph to your writing. This is true whether it’s a short piece, such as a blog post, or a long white paper for your investment or wealth management firm. But what if you’re quoting lousy writers or interviewees who haven’t expressed themselves well?

Rewriting can be controversial. 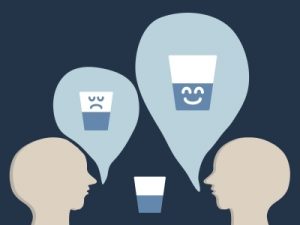 Sure, no one will protest if you add or delete a comma in a sentence. No one will even notice the difference between the mispunctuated “He said ‘Thank you’ ” and the correct “He said, ‘Thank you.’ ” You can even change “average annualized returns” to “annualized returns,” removing the redundant “average.” I think most people are fine with small tweaks that don’t change the meaning of the person who wrote or spoke the words.

However, purists would say that you should reproduce written materials word for word or note changes, for example, by inserting ellipsis (…) to show where you’ve deleted even one word. “Quotations must be identical to the original, using a narrow segment of the source. They must match the source document word for word and must be attributed to the original author,” says the Purdue Online Writing Lab.

People also agree that you can’t make radical changes and still call something a quote. Here’s a before-and-after example where no one would call the “after” a quote. This example originally appeared in “Seven Ways to Talk Your Financial Execs Out of Jargon and Bad Writing, ” my guest post on MarketingProfs (registration required):

Proposals from the German/French axis in the last few days have heartened risk markets under the assumption that fiscal union anchored by a smaller number of less debt-laden core countries will finally allow the ECB to cap yields in Italy and Spain and encourage private investors to once again reengage Euroland bond markets. To do so, the ECB would have to affirm its intent via language or stepped up daily purchases of peripheral debt on the order of five billion Euros or more. The next few days or weeks will shed more light on the possibility, but bondholders have imposed a “no trust zone” on policymaker flyovers recently. Any plan that involves an “all-in” commitment from the ECB will require a strong hand indeed.

Prices of riskier investments rose in response to recent proposals by German and French leaders, but we are skeptical that this will continue. Investors seem to believe that the proposals will strengthen the euro zone by capping bond yields. This would make euro-zone bonds more attractive to private investors. However, success would require the European Central Bank (ECB) to use strong language or to boost its daily purchases of the troubled countries’ debt by at least €5 billion. To convince distrustful investors will require strong action. That may be more than the ECB can achieve.

Things get murky in the middle ground between tiny tweaks and massive rewrites. Many of my writer friends say that it’s fine to smooth out quotes when your interviewees express themselves poorly in a live interview. However, reporters have gotten into trouble for taking this too far. Have you noticed how some question-and answer stories now come with disclaimers? For example, the “Talk” column in the magazine section of The New York Times says, “Interview has been condensed and edited.”

Edits are particularly risky when the editors don’t know the topic well. They may unwittingly change the speaker’s meaning.

Edits are less risky when they will be checked for accuracy by the speaker or author. This tends to happen more when a company interviews or uses source materials from an employee.

Paraphrasing is an underutilized tool, in my opinion. Paraphrasing means taking the words of the speaker or author and summarizing or rewording them without quotation marks, but still attributing them to the source. This is a great way to streamline sentences so they focus on the expert’s main message.

I’ve seen too many writers string together quotes to form an article. These articles are held hostage by their experts’ wording. As a result, they often lack the connective tissue that makes an article flow well.

Some information doesn’t deserve quotation marks and a source. Do you need a sentence along the lines of ” ‘There are 50 states in the United States of America,’ says Jane Doe”?

You can share common knowledge without attributing it to anyone.

What’s YOUR take on fixing quotes?

I’m always interested in what you think about the writing questions that I pose on this blog. Please chime in.