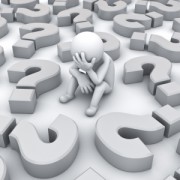 I’m a big fan of bulleted lists. They’re reader-friendly because, when used properly, they’re easy to scan. But I’ve gone back and forth on how to punctuate the text introducing a list of bullets. I always used a colon before the list until a friend told me that was wrong. However, other friends chide me when I skip the colon.

To put an end to this argument, I’m reviewing some opinions on this topic.

Use a colon to introduce bullet points

“End your introduction with a colon, which serves as an anchor,” says Bryan Garner in the section about bullets Garner’s Modern American Usage.

Use a colon to introduce lists

Many texts don’t explicitly discuss the combination of colons with bullets, but they discuss colons preceding lists. “Use a colon to introduce a list that appears at the end of a sentence,” say Michael Strumpf and Auriel Douglas in The Grammar Bible (p. 426). My 2007 Associated Press Stylebook says, “The most common use of a colon is at the end of a sentence to introduce lists, tabulations, texts, etc. (p. 325).

“Following” or “as follows” demands a colon

Other texts don’t explicitly mention bullets, but give mixed opinions about colons preceding lists. For example, my 1982 copy of The Chicago Manual of Style (CMOS) says, “A colon is commonly used to introduce a list or a series” (p. 149).  It also specifies that “The terms as follows or the following require a colon is followed directly by the illustrating or enumerated items or if the introducing clause is incomplete without such items.” My 1974 copy of Words into Print agrees these “follow” phrases require a colon.

However, things get complicated after that.

Here are some of the situations when you should skip the colon after the introductory phrase, according to CMOS (all citations on the same page).

I like rules that are easy to remember. They boost the likelihood that I’ll punctuate consistently.

If you have strong feelings about colons and bullets, please express them below.

Poll: When can’t you replace “headwinds” in your commenta...