Don’t write about something controversial as if it is an accepted fact.

“Research has shown that the most active managers can beat their benchmarks handily,” wrote Eleanor Laise in 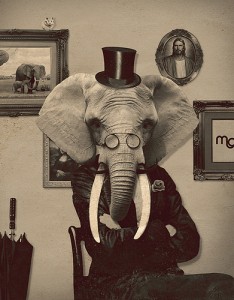 “The Return of The Market-Beating Fund Manager” in The Wall Street Journal.

Laise should have acknowledged that her statement was controversial. Her failure to do so undercuts the credibility of her article. Keep this in mind the next time you say something that isn’t widely accepted.

Laise could have rephrased her sentence along the following lines: “New research suggests that most active managers can beat their benchmarks handily.”

I find that over my sample period until the end of 2009, the most active stock pickers have outperformed their benchmark indices even after fees and transaction costs. In contrast, closet indexers or funds focusing on factor bets have lost to their benchmarks after fees. The same long-term performance patterns held up over the 2008-2009 financial crisis.

My LinkedIn contacts responded with scepticism when I quoted Laise’s sentence. What do YOU think about the performance record of actively managed funds?

Defining investment outperformance: You’ve got strong opinions Social media: How to succeed in 30 minutes a day
Scroll to top