A printed book is sometimes the best place to find a solution to your question about writing style, punctuation, or grammar.

Here are my five favorite reference books. I have updated this list because my favorites have changed over time, most notably with the elevation of Garner’s Modern American Usage from the “honorable mention” list.

If you’re passionate about good writing, you’ve probably got a favorite reference that I’ve overlooked. Please tell me about it by answering this poll question.

More investment and wealth managers have clients and other important relationships outside the borders of the U.S. The online Microsoft Writing Style Guide from Microsoft includes a section on global communications that may help you communicate more effectively with your prospects, clients, colleagues, referral sources, and vendors.

Click around on the site! You may learn something that’ll help you to connect better with your readers.

Non-U.S. style guidelines from other organizations

After drafting this blog post, I came across some more online resources for non-U.S. style guidelines. Here are three style guides for the U.K.:

Please contact me if you know of other style guides I should add to this list. I’m always happy to learn from you.

Do you ever struggle to get your authors and subject-matter experts to return their edits and comments on time? I’ve learned a new way to nudge them.

This year a new person took over coordinating an editing project that I’d worked on before. I was surprised that the project ran more or less on schedule, in contrast to my earlier experience.

Luckily for you, my contact told me her secret. Every time I gave an author a deadline, the coordinator sent a Microsoft Outlook calendar invitation for that deadline to the author.

An electronic calendar invitation acts as a gentle reminder of a deadline, especially if the recipient monitors their calendar and sets reminders about items on the calendar.

Try this to see if it works for you!

Political divisions in America have me thinking about how to speak with people with whom I disagree. This is personal. I have an aunt with whom I can’t talk politics. As a result, I was intrigued by the chapter called “Don’t Argue” in Trish Hall’s Writing to Persuade.

Hall makes a case against arguing with people with whom you disagree. She says, “Intriguing studies suggest that when faced with aggression, people don’t change their minds. They hold even more fiercely to what they believe.” I believe she’s referring to heated arguments, rather than logical exchanges about low-stakes issues.

“This Article Won’t Change Your Mind,” an article in The Atlantic, says that people try to avoid cognitive dissonance—the discomfort of holding two thoughts that conflict. “There are facts, and there are beliefs, and there are things you want so badly to believe that they become as facts to you,” writes author Julie Beck. This is especially true about a “belief that’s deeply tied to your identity or worldview” so it leads to “motivated reasoning,” according to Beck, who writes:

Motivated reasoning is how people convince themselves or remain convinced of what they want to believe—they seek out agreeable information and learn it more easily; and they avoid, ignore, devalue, forget, or argue against information that contradicts their beliefs.

Hall says that arguing is sometimes “performing,” in which the actors don’t expect to change minds.

Hall says that if you want your listeners or readers to be open to changing their minds, do not do any of the following to your audience:

Do this instead of arguing

“Always concede the good points of the other side. What you want is to be heard, not to win every outing,” says Hall. She also recommends that you:

Hall’s chapter includes an example of how she used her suggestions to navigate a touchy political topic with her mother. I’m not convinced that she changed her mother’s mind. However, it appears that at least they were able to talk without raising their voices and getting angry at each other. That allows for an ongoing relationship. And, perhaps, opinions will change over time.

Will you argue less?

As I write this blog post, I’m mulling over how I might try Hall’s advice on my aunt.

If you try these techniques, I’m curious to learn if you get good results.

Don’t cut people off in the middle of a sentence. Press your top teeth onto your tongue if that’s the only way to keep words from escaping.

As Hall says, “You need to listen so you know how to meet objections, and to determine what argument will be most persuasive.”

Moreover, your listening can make people like you better. Hall says:

People who asked more questions were better liked by the people they were talking with, especially if they asked follow-up questions that showed they were listening… [Moreover,] in one-on-one situations, when two people listen to each other, they become more open to the other’s politics and point of view.

By the way, do as I say, not as I do. My husband often catches me finishing his sentences. It makes him mad. However, when I studied Japanese in Tokyo, I learned that there it’s considered good to finish other people’s sentences. At least in Japan, it’s seen as a sign of how closely attuned you are to the other person. I must remember that I’m living in the United States now. 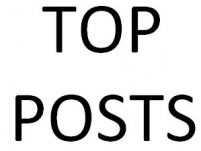 Check out my top posts from the third quarter!

Here’s my list of posts that attracted the most views during the third quarter:

Check out my top posts from the second quarter!

Here’s my list of posts that attracted the most views during the second quarter.

My long-suffering husband has a communications lesson for you. Recognize that your first message is most easily absorbed by your listeners. If you change your message midstream, your listeners may not hear you. To make sure your message gets across, ask them to confirm their understanding of the new message.

“Park your car outside the garage tomorrow, so I can get my tires,” said my husband on a Thursday morning. Okay, I said. We spoke a bit more. I guess my attention strayed because I ran into trouble the next day.

On Friday, I parked where my husband had indicated. However, when my husband arrived home, he asked “Why did you park there?”

Me: “Because you asked me to.”

Husband: “No, I told you that you didn’t have to park there after all.”

Me: “You did?” Apparently my husband’s changed instructions hadn’t registered in my head. Perhaps I was trying to make up for my poor performance that I described in “Instructions for a bad wife.” I should have confirmed my understanding at the end of our conversation. I’ll do that next time. At least, I’ll try. I seem to have a blind spot for my husband’s parking instructions.

What’s the lesson for you?

If you change your mind after giving initial instructions, don’t count on your listeners absorbing the new information. This might apply, for example, if you start by suggesting selling one fund, but then switch to another recommendation.

What can you do to reinforce your change?

This may be overkill, if your listeners are more attentive than me with my husband. However, if the new instructions are important, you’ll be glad you took extra steps to ensure your listeners’ comprehension.

I’m thankful for the knowledgeable and talented professionals who have contributed guest posts to my blog this year.