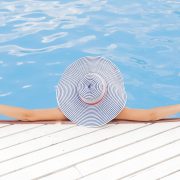 It’s summertime. Vacations abound, so you’d think that out-of-office auto-reply emails would be just as numerous. Think again. It seems as if they’re on the decline, just like the length of time that we see the sun now that we’ve passed the summer solstice. That’s frustrating for people like me. We could adjust our plans if the vacationers let us know that they’re away. Instead, we’re in limbo.

I’m not alone in my perception that out-of-office messages are less common. My LinkedIn status update on this topic attracted many likes and people saying that they’ve noticed this phenomenon. It also scored more than 2,500 views, which is huge for me.

What’s behind the out-of-office auto-reply’s decline?

I blame the decline of out-of-office messages on the rise of the smartphone. Now that people carry their email everywhere, they think they’ll reply from vacation. They may not plan to reply to every email, but at least to important ones. However, desire seems to collide with vacation-induced inertia—or the judgment that emails like mine aren’t important.

The smartphone may not be the only culprit. One respondent to my LinkedIn update said that some people lack the ability to set up auto-reply messages. Financial technology expert Blane Warrene says,

If someone is anchored to mobile only, it can be tricky handling out-of-office messages. Some accounts do not allow for the Automatic Replies feature in Outlook on mobile, for example, when they are not powered by an Exchange server. A little how-to prep can fix this, though. Even simple POP and IMAP accounts (for example, if you have a GoDaddy domain that also anchors your email accounts in a small business) offer web access to the setting that enables out-of-office responses.

In general, though, most mobile apps do allow for setting up mobile out-of-office settings. This includes iCloud, Gmail (free and professional), as well as the aforementioned browser access.

Another potential culprit: the explosion of spam. Graphic designer Karen Coleman said in response to my LinkedIn update, “I don’t like auto-responders going from my email account. I don’t want it going to spam bots so they know the email is active.” She’s afraid she would receive even more junk emails if she used auto-reply messages.

Self-employed people are especially likely to worry that an out-of-office message alerts thieves to their absence. No one wants to advertise, “Hey, come break in!”

When do you need an out-of-office auto-reply strategy?

I don’t believe that you need to turn on your out-of-office message when you’re out of the office for only one day. But if you’re out for an entire week, it’s polite—and good for business—to let people know that you won’t be reading or responding to email.

Warrene agrees, saying, “I have found through years of both corporate work and starting and operating businesses, that the out-of-office message is woefully underused.”

With the expectation of an immediate reply, an out-of-office auto-reply can be quite helpful. The challenge is the message needs to be more than “Thanks for your message, I’m not here.” Beyond explaining when to expect a reply and an alternate contact, if available, it must also be on-brand. This is key to engagement.

If you can’t or won’t respond to email from vacation, then set up a workaround. For example, you could ask a colleague to monitor your email. If you’re a solopreneur, you hire a virtual assistant to check email for you, as Coleman suggested in her LinkedIn reply to me. This gets around the concern that an out-of-office message will alert thieves that their homes are ready to be robbed.

Click here to view the newsletter archive
Writers, do you know when something’s wrong?

Webinar lessons from my annual webinars
Scroll to top