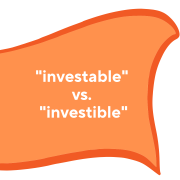 How should you spell the word that may appear in descriptions of an asset management firm’s minimum requirements for clients—“investable” or “investible”?

My gut tells me “investable” with “a” because the definition depends on how much you are able to invest. 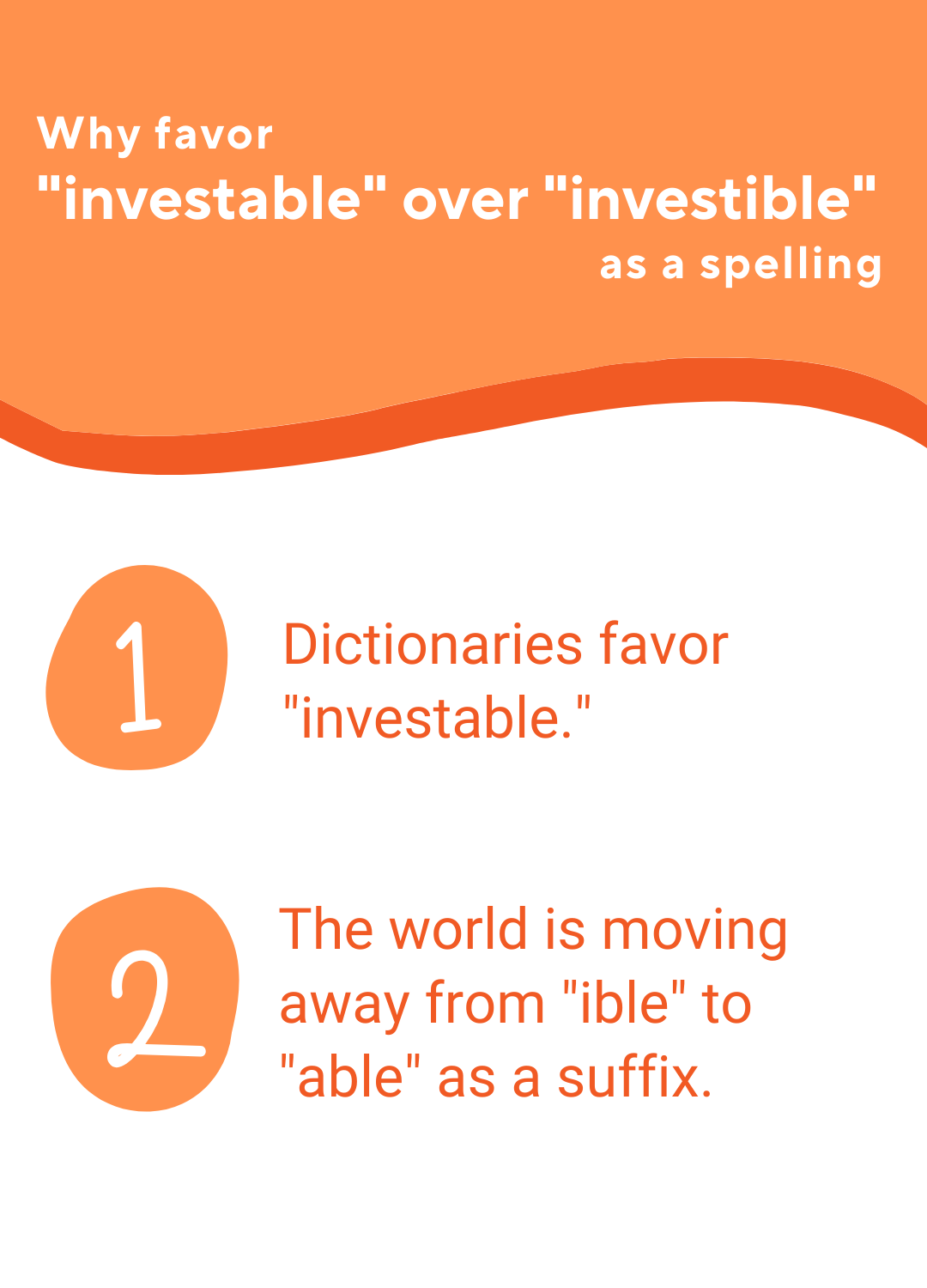 The case for “investable” over “investible”

The case for “investible” over “investable”

The SEC is a draw

A search of the SEC website yielded an equal number of results for both spellings. I wonder if it uses both as key words for search purposes.

The FINRA website gives “investable” a slight edge over “investible,” 108 to 98.

Do the two words have different meanings?

A reader suggested to me that the two words have different meanings:

Investible refers to an asset in which an investment can be made.

Investable refers to an asset that can be used to make an investment.

That’s an interesting theory. I haven’t found evidence in dictionaries to support it.

Still, the Nasdaq.com glossary shows only “investible” and defines it in the first sense listed above. However, a Nasdaq website search shows only four results using “investible” versus 24 for “investable.”

The bottom line: You should define your terms for your readers whether you use “investable” or “investible,” especially when the meaning isn’t clear from the context.

Note: I updated this blog post in 2015 to delete an outdated reference to an inactive poll. I expanded the post in October 2022.

Should the Morningstar style box go 3-D? Quality counts, says Atlanta Capit...no, No, NO: My business card shouldn’t add me to your e-newsletter list
Scroll to top