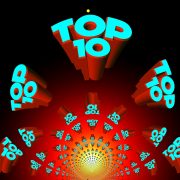 I’m grateful to be named occasionally to “best” lists that circulate via social media. I’m also a bit suspicious.

I imagine that many of the list creators are sincere. I get that sense, especially when they don’t describe me with a blurb drawn word for word from my website.

On the other hand, I suspect that some list creators are trolling for social media shares and “likes” by naming people with significant followings in their niches. As I write this, I have almost 13,000 Twitter followers. That’s not a huge following. However, it does add up the largest Twitter following for a blogger about financial writing.

I couldn’t find any articles that focus on using best lists to boost the creators’ social media influence. However, I found some related articles.

The Social Media Examiner blog discusses how to “How to Encourage Influencers to Share Your Content.” Its first recommendation? “Give influencers free publicity.” Here’s what it says under that heading:

Create content that gives a highly regarded brand or someone influential (and deserving) free publicity and they and/or their marketing people will be sure to share.

For example, Lagavulin was included as one of the top 10 scotch whiskies in this post. The post Lagavulin shared with the article generated more than 1,500 likes and 300 shares.

That sounds exactly like what some folks try to do with their best lists. However, this blogger seems to have taken a rigorous approach to compiling the list, saying “…we’ve collaborated with a team of whisky experts and distilleries to compile the following lists.” Also, by the time I looked at the whisky post, it was up to almost 10,000 shares. That suggests that it’s a quality list (though as a non-drinker of whisky, I don’t have an opinion on the topic).

Please don’t get the sense that I don’t want you to target influencers. Heck, I target them myself, with techniques such as guest posts, retweets, Q&As, and commenting on their content.

But please do your targeting with integrity. I’ve written about an influencer-targeting that bugs me in Hey, loser, quit @ naming people to promote yourself.

Here are some articles that may give you some legitimate ways to target influencers: