Use the passive voice in the following three instances. 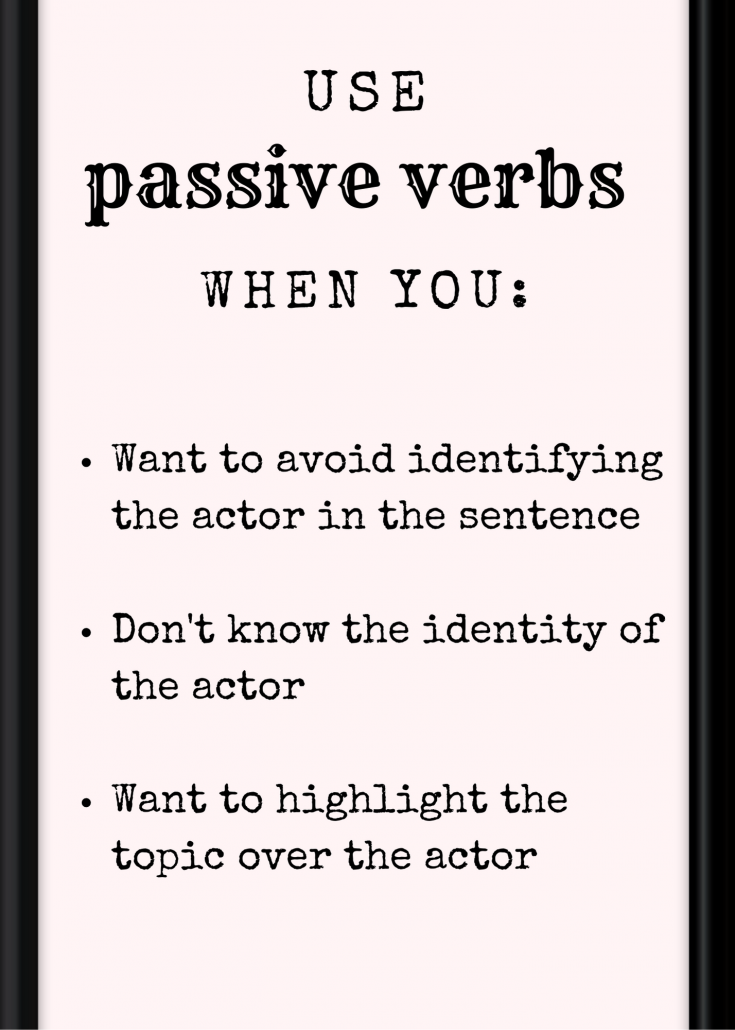 1. When you want to avoid identifying the actor

A classic example of failing to identify the actor is the sentence: “Mistakes were made.” Sentences like that make me want to shake the author. I want to yell, “Tell me who made the mistake!” I sometimes see such sentences in descriptions of investment underperformance. I don’t agree with that approach. I think it’s better to identify the reason for underperformance and say what you’re going to do about it. I discussed that in “Four lessons from Wasatch Funds on reporting underperformance.”

2. When you don’t know the identity of the actor

Sometimes the problem with active verbs isn’t that you don’t want to identify the actor. It’s that you don’t know what the heck caused the action. For example, “The price of PQR stock was depressed.”

3. When you want to highlight the topic over the actor

Stay active most of the time

Despite the fact that passive verbs are sometimes appropriate, please go easy on using them. Active verbs are usually better.