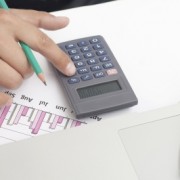 Have you ever struggled to report your investment strategy’s underperformance to your clients or customers? Let’s look at what you can learn from how one firm tackled this challenge.

Wasatch Funds’ President Jeff Cardon did such a great job in “Perspective on Performance: Energy Trends and Their Impact on Wasatch Returns” in summer 2008 that I’ve held onto his article, waiting for an opportunity to share with you.

Cardon’s commentary illustrates the approach that I recommend to portfolio managers who underperform.

Let’s look at how Cardon’s article illustrates these lessons.

“…in recent periods, we have struggled to stay ahead of our benchmarks,” says Cardon in the second sentence of his article. He’s open about the fact that the fund complex’s products have underperformed. However, the focus of this article, which appeared in the firm’s Summer 2008 newsletter, The Wasatch Advisor,  is to explain why this happened.

Cardon does this by emphasizing his firm’s consistent investment philosophy and process. He also notes, “This strategy has produced considerable success over the years.”

“Through periods of market volatility and changing market trends, our goal at Wasatch remains steady: to deliver good long-term returns using our time-tested, fundamental approach to stock selection,” says Cardon in his first sentence. A key part of how Wasatch seeks this goal, says Cardon, is by “capturing earnings growth.”

Cardon stresses the firm’s success, even in tough times, in capturing earnings growth in its traditional areas of strength: the health care, consumer discretionary, information technology, and financials sectors. “Our thorough and collaborative investment process has continued to deliver above benchmark performance in these core sectors,” says Cardon.

Cardon reinforces this positive perspective on Wasatch’s core capabilities with graphs comparing Wasatch Small Cap Growth Fund’s performance in these sectors vs. that of their Russell 2000 counterparts. Adding a visual element is a good idea because some people absorb information better through pictures than words.

3. Explain what caused the underperformance

So, how could Wasatch underperform if it was doing such a great job in the sectors mentioned above? Because those sectors underperformed the rest of the market, which was led by the energy sector. But energy stocks didn’t meet the firm’s criteria for a good investment. “We clearly missed an opportunity in energy, but we were uncomfortable straying from our investment discipline,” says Cardon.

4. Say what you’re going to do about your underperformance

Acknowledge investor frustration. Cardon says, “If our underweight position in energy leaves you feeling uncomfortable, you may find it appropriate to supplement your Wasatch investment with a targeted investment in the energy sector.”

However, Wasatch is sticking with its investment discipline, says Cardon, because it expects “the market to return to equilibrium.” This gives readers hope for a better future.

Wasatch has another nice, although shorter, discussion of underperformance in its Summer 2010 newsletter (which isn’t online as I write this, or I’d give you a link). Again the firm’s message stresses the consistency of how the funds are managed.

Image courtesy of Goldy at FreeDigitalPhotos.net.

Effective writing and blogging is faster with a planGuest post: “Would you like to know how financial advisors are choosing...
Scroll to top