U.S. companies may move more of their production back home, said David Bowers, 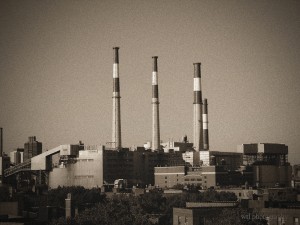 managing director of global strategy for Absolute Strategy Research (ASR), a London-based macroeconomic research firm. He spoke during the Q&A session following “Europe: ‘This could be Heaven or this could be Hell,’ ” a March 17 presentation to the Boston Security Analysts Society.

The lessons of the past few years suggest that companies should bring their supply chain home to avoid “the risks of exchange rates or tectonic plates,” suggested Bowers. The disruptions caused by the Japanese tsunami have been in the news.

Ian Harnett, ASR’s managing director for European strategy, agreed, elaborating on Bowers’ exchange rate comment. Offshoring is based on low foreign exchange volatility, he said. But foreign exchange volatility is rising. Food price inflation will encourage foreign countries to allow their currencies appreciate. As a result,  labor costs could rise by as much as 10 times, depressing the wage advantage overseas. This argues for in-sourcing, Harnett concluded.