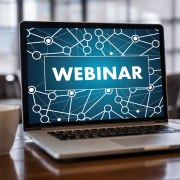 If you’ve ever delivered a webinar, you know that things can go wrong—especially at the last minute. I created a webinar checklist when I delivered an investment commentary webinar via Zoom to a CFA Society last year. My goal was to minimize opportunities for problems to disrupt me. Unfortunately, I‘ve learned from experience about some […] 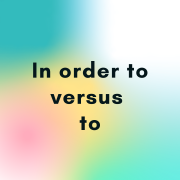 Is there ever a good reason to write “in order to” instead of “to”? When I posted this poll on LinkedIn, I expected the answer to be “no.” However, I did some research and was surprised by the results. Go with “to” most of the time Generally, it’s better to write “to” than “in order […] 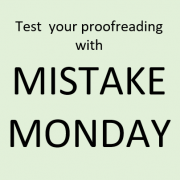 Can you spot what’s wrong in the image below? Please post your answer as a comment. I post these challenges to raise awareness of the importance of proofreading. 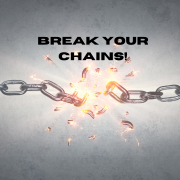 Writing with fewer words sometimes results in harder-to-understand sentences. That can be the case with noun chains—when one noun piles upon another to modify the noun at the end of the chain. “Nouns used as adjectives often slip out of a writer’s control, producing impenetrable chains,” writes Jan Venolia in Write Right! She mentions “urban […] 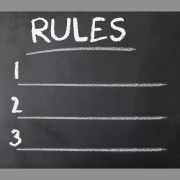 Generally, one hyphenates compound modifiers that precede a noun, but not when the compound modifiers follow the noun. That means you’d write Low-cost mutual fund A mutual fund that’s low cost Breaking the rule That rule has been drummed into me, so I was surprised to read the following in Jan Venolia’s Write Right!: “Idiomatic […]