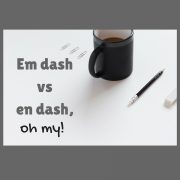 I love my em dashes. In fact, one of my most exciting discoveries in WordPress was the symbols menu that lets me insert proper em dashes instead of double hyphens into my blog posts. Also, my assistant can tell you that I’m a real nag about inserting the proper coding for em dashes into my Constant Contact newsletters.

However, not everyone agrees with me that em-dashes are the right punctuation symbol for setting off text in a sentence. Some people prefer en-dashes (–) to em-dashes (—). If you wonder why I care about this, stop reading now. This post will put you to sleep.

If you feel excited about this topic, you won’t be surprised that I took notice when Emmy J. Favilla said in A World Without “Whom,“ “What’s more beautiful than a strategically placed em dash?”

However, I was appalled to learn that her bosses asked her to put spaces around her em-dashes. No! That seems like sacrilege to me. But BuzzFeed is an online publication so, as Favilla said, “Space isn’t at a premium on the internet.” She has come to believe that “spaces on either side of an em dash allow a sentence to breather.”

What is an em dash, anyhow? 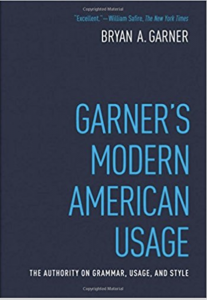 An em dash “is used to mark an interruption in the structure of a sentence,” said Bryan Garner in Garner’s Modern American Usage.

Garner believes “The em-dash is perhaps the most underused punctuation mark in American writing. Whatever the type of writing, dashes can often clarify a sentence that is clogged up with commas—or even one that’s otherwise lusterless.” Way to go!

In contrast to Garner, Amy Einsohn’s The Copyeditor’s Handbook suggests that em dashes may be overused. “The dash is best reserved for special effects: to prepare readers for a punchline or a U-turn.” 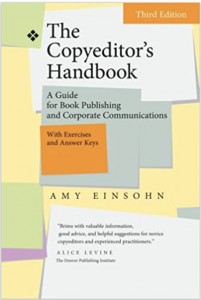 Some publications use en dashes instead of em dashes to set off text. In fact, I’m the editor of a monthly magazine that used to do that. It drove me nuts! I eventually implemented a style change, and converted en dashes to em dashes to my backlog of articles.

I wondered why some publications abused en dashes by using them in place of em dashes. The practice appears to have come from the United Kingdom. I can’t find the page where Favilla said that British publications use en dashes instead of em dashes, but I found some evidence online.

According to a University of Sussex web page, “In British usage, we use only a single hyphen to represent a dash – like this. American usage, in contrast, uses two consecutive hyphens –.”

Similarly, according to Grammar and Style in British English, “The single dash is normally a feature of informal English and is used, especially in narrative, to create suspense or to indicate that what follows is an afterthought or something to be emphasised.”

American usage for the en dash is quite different. “It joins pairs or groups of word to show a range, and also indicates movement or tension (rather than cooperation or unity,” according to Garner.

I confess that until recently, I had no clue that there are times when I should use an en dash instead of a plain old hyphen. In fact, it looks strange to me to write a date range as “August 7–8” instead of “August 7-8.” As Favilla said in her book, “Sometimes an em dash-esque…en dash can look awkwardly long in a modifying phrase, leading en dash noobs to wonder what the hell that hyphen just ate for breakfast.” And, in fact, a colleague questioned my use of the en-dash in this situation. However, my AP StyleGuard software told me that was correct.

Still, some of the en dash rules seem obscure to me. I will probably continue to write “Russo-Japanese War” instead of “Russo–Japanese War,” but it’s kind of cool to understand why the en dash is considered more appropriate.

Click here to view the newsletter archive
MISTAKE MONDAY for June 4: Can YOU spot what’s wrong?

MISTAKE MONDAY for June 11: Can YOU spot what’s wrong?
Scroll to top